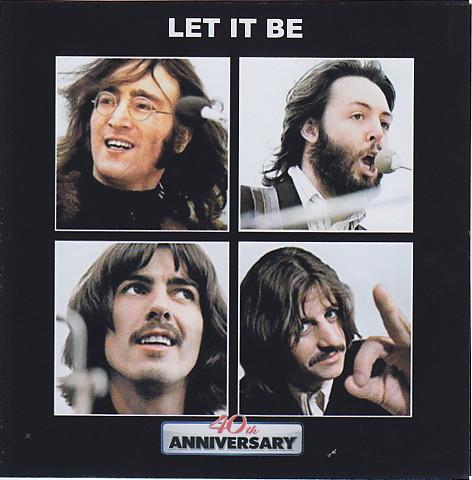 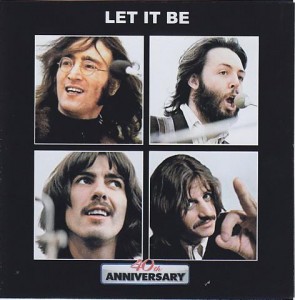 Following the large reissue series the year previous and with no sign of the Let It Be film getting it’s long hoped re-release in 2010 the BBC did what they do best and commissioned one of their documentaries, compiling clips from yesteryear, pulling in favours from various talking heads and BBC Radio 6 DJ Guy Garvey ( A celebrity in his own right from the back of his award winning band Elbow and his show on BBC 6 as he re-appraised his former career as a DJ but no Brad Pitt in terms of big names. )

After reviewing another of Unicorn’s two BBC releases from this batch, abet, two that were recorded off the air in the mid 90’s I did wonder what to expect from the sound of this release. Thankfully though, the first show is very clear quality and doesn’t suffer from the dreadful drop outs that plagued the broadcasts on the other releases.

Regarding this, viewed with older, wiser eyes. We’re 40 years apart from the event so a little reflection is in order. Garvey himself is a nice, appreciative presenter but he’s no big personality or real natural behind the microphone and while his singing may win plaudits his narration feels a little bit weedy. The show is tied together, Anthology style, by archive clips of the Fabs interviews ( John Lennon from the Jann Wenner, 1970, Rolling Stone interview for example ), clips and bits from the “Fly On The Wall” disk that appeared with the “Let It Be .. Naked” CD in 2004 along with a contemporary interview with Mr. McCartney himself who is generally always ready to discuss elements of the Beatles back catalogue these days and Yoko, still hot from the reissue buzz. Along with Michael Lyndsey Hogg, the director of the film and others.

Topics touched upon include the direction the film was to take – we all know it ended on the rooftop of the Apple building but the end product was never really set in stone right up until the end. George’s dissatisfaction with not getting top billing alongside the Lennon / McCartney song writing duo and his subsequent sulk when he left the group right in the middle of rehearsals.

Yoko’s upset at being marginalized for stealing John’s heart and the venom invective directed at her because of her race, the madness of the Apple offices and it’s crazy visitors ( Keith Moon features in one such story, one I’d never heard before ), the ample generosity of the business ( of which no one seemed bothered or able to stem ), Magic Alex – John Lennon’s madcap Greek friend who was possibly more imagination than creation, Apple’s folly of a studio that, again, was more for show than for actual recording before Abbey Road’s technicians were sent in to give it a kick, Billy Preston’s successful invitation to join the band and the trials and tribulations of putting on that final show and ultimately what happened afterwards.

New comers or casual enthusiasts will all find something to listen to and find new as will dyed in the wool Beatards like me although I did find myself between raising my eyebrows with surprise as I heard a new element and then furrowing my brow as I heard a false ‘fact’ but then, as we know, these broadcasts aren’t always made with a view to being one hundred factually perfect all the time but more for the entertainment value. The fact that the band were already in the midst of breaking down communications is pushed at us time and time again as if it’s something that has been a forty year secret.

The second disk features a show that was originally abbreviated to 20 mins on Strawberry records “Get Back 2nd Mix” ( STR 006 ) another long attendant in collectors circles but in not quite pristine quality. More like it sounds like it could have been recorded from the speaker on the old radiogram.

Much broader in its range, it features Beatles tracks from the very beginning of their career right up until the solo recordings at the end. It’s ulterior motive seems to be to promote the Let It Be album but also discusses the very recent disbanding of the group.

The documentaries main pull was the feature of a much longer version of “Dig It” taken straight from the sessions – no problem with licensing in those days – which must have disillusioned listeners to the album when they were listening to the short snippet that Phil Spector left in. Views from the time are also cordial despite all that was going on in the Beatles’ world but the group, all interviewed separately by David Wigg, must have been keen to to upset the equilibrium so soon after ( or before, so John could get there first ) the event.

The first disk is a well put together that pulls a few new surprises but it’s the inclusion of the second disk that should pique fans interests for the set. As this is the first time this vintage doc has been booted in full it’s interesting to hear in that context.