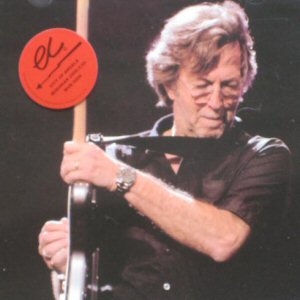 Disc1. Tell The Truth – Key To The Highway – Hoochie Coochie man – I Shot The Sheriff – Isn’t It A Pity – Why Does Love Got To Be So Sad? – Driftin’ – Travelin’ Alone – That’s Alright – Motherless Child – Running On Faith
Disc2. Motherless Children – Little Queen Of Spades – Everything’s Gonna Be Alright – Wonderful Tonight – Layla – Cocaine – Crossroads

Mid Valley makes available to us the only soundboard recording of the 2009 Japan Tour that is known to exist so far. The gig on Feb 25 is EC’s ninth show of the Tour and fifth one at Tokyo’s Budokan and was filmed by WOWOW (Japan’s first ever private satellite broadcasting and pay TV station) for digital broadcast on March 21, 2009. This is the source most likely used by MidValley. Still the back cover reads the word remastered, which means MidValley applied some of their magic to the recording.

The setlist remains unchanged from the first night in Tokyo on February 15 (which was silver pressed by Tinkerbell as “Family Plot”) except for Everything’s Gonna Be Alright, which replaces Bo Diddley’s Before You Accuse Me.

The show kicks things off with a blazing Tell The Truth which sounds as solid as if it had been played right in the middle of the setlist. Key To The Highway and Hoochie Coochie Man sound much more like warm-up songs and feature extended keyboard and guitar solos by Chris Stainton, Doyle Bramhall II and EC himself. I Shot The Sheriff can’t be anything else but a crowd favourite…. EC’s vocals are great, Doyle’s guitar work deserves to be mentioned too… and EC’s guitar solo on the outro is absolutely…. outrostanding!!… making this one of the highlights of the night. EC’s rendition of George Harrison’s Isn’t It A Pity is more than correct but it just can’t make me forget the version EC & Billy Preston performed at the George Harrison tribute show at the RAH in late 2002. Why Does Love is another highlight, with nice solos from both guitar players in the band before they play the usual gentle, subtle outro.

Driftin’ opens the acoustic set with EC on his own and is the song that benefits most from being captured in soundboard quality. EC is joined by Doyle, Willie and Abe for the great Travelin’ Alone, which was one hell of a discovery for me on this tour. Sharon and Michelle join the band for some great backing vocals on That’s Alright. There is an enjoyable vocal performance from EC, particularly when he sings the verse “Lord, I’m going to the river” the second time on Motherless Children. Running On Faith sees the band at full capacity with Chris back on the keyboards.

A jubilant version of Motherless Children preceeds the slower Little Queen Of Spades, the blues centerpiece and the longest song of the night at over thirteen minutes. A version of Little Walter’s Everything’s Gonna Be Alright replaces the more frequent Before You Accuse Me tonight. Wonderful Tonight lives up to its name and Layla features a terrific solo which can easily make it onto my Top10 list of Layla solos of all-time! Then a powerful Cocaine closes the show with a great solo from EC, a nice one from Doyle and then some keyboard work from Chris Stainton that did take time to grow on me. Crossroads is the only song from the Cream era to be performed and is saved for the encore. With no room for a keyboard solo this time, we get one of them from Doyle and then two from EC.

The fact that EC is spot on all night and this is a soundboard recording makes “City Of Angels” an absolutely recommended release. However I still see a couple of minor issues:  the artwork is a very sober one and a whole world away from Stardust‘s (Mid Valley’s soundboard release from the 2006 Japan Tour)  and also it is missing the performance on DVD which is readily and widely available among collectors. Had that video document been included, it would have been without doubt another home-run for MidValley.