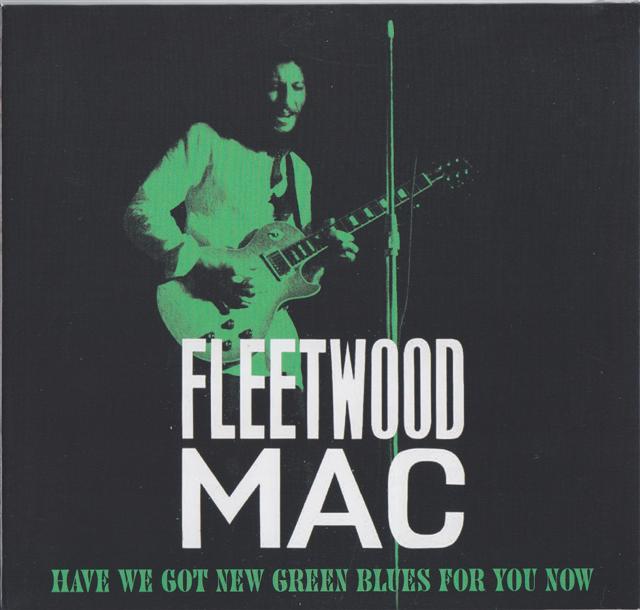 Concertgebouw,Amsterdam,The Netherlands,February 28,1969
Intro – Merry Go Round / One Sided Love / Dust My Broom / Got To Move / Greeny Alone (Instrumental) / Sugar Mama / I  Can’t Hold Out / Tallahassee Lassie (fades out)
BONUS TRACKS Oh Well (Mish Mash 1969) / Like Cryin’ (BBC 1969) / Rattlesnake Snake (From Playboy After Dark 1969) / Albatross (BBC 1969) / Homework (TV Melody New Years Eve 31/12/1968) / My Baby Sweet (TV Melody New Years Eve 31/12/1968) / Dust My Broom (TV Melody Sweet New Years Eve 31/12/1968 / The Green Manalishi (with the two pronged crown) (Live 1968) / Coming Your Way (Live 1970) / Fool No More (Live 1970)
This release from  the Godfather is, to put it mildly, REQUIRED for virtually everyone that reads this wonderful sites reviews!
Peter Green has probably never shone brighter than on this release!  The fluid tones; smooth as a wet hummingbird; are a total joy!
The band is locked in the Amsterdam show with Mick Fleetwood’s precise drumming and John McVie’s bass allowing Peter Green, Jeremy Spencer and Danny Kirwan free reign  playing hard edged blues you might expect somewhere on a saturday night in a mississippi juke joint (not by an englishman); wicked slide by Spencer and Kirwan’s 50s retro.
The opening track Merry Go Round shows how smooth Greenie was in this era,where less may have been better as he gets the most out of each  note.
One Sided Love follows with Peters voice and gibson a total pleasure to listen to.. so fluid and great sustainability.
Dust My Broom follows with Spencer’s excellent slide work, with the rhythm section keeping perfect time.
Got To Move has Spencer playing a very slow slide with the rhythm section humming sweetly along.
Greeny Instrumental is next with Peter playing by himself hitting some high end notes which are quite shrill making the hair on my arms stand up.
Sugar Mama has the exquisite tone of the Green god reasonating through the audience with a thick punchy sound
Spencer’s I can’t hold out has his slide guitar sounding as if he is Elmore James.
The Amsterdam show ends with Danny Kirwan’s take on Freddie Cannon’s Tallahassee Lassie which fades out quickly.
The bonus tracks begin with Peter saying “oh well”  and the band breaking into a  blistering version of it!!
Like Cryin-featuring Danny on vocals and guitar is a splendid  tune with a great melodic feel.
Rattlesnake Shake which needs no introduction is intense with Peter in great form.
Albatross is perhaps one of Fleetwood Mac and the Greenie eras defining moments… just too good!!
The Green Manalishi spins the band into another locked in groove (a song about money being evil-which Peter left the band for in 1970 ;reportedly after a bad trip with the grateful dead and sent him spiralling into a bad mental  state for years)
Coming Your Way and Fool No More end this wonderful disc from the Godfather,with their typical  trifold cardboard packaging with some neat liner notes on the band.
Any Peter Green fan MUST  have this as we remember how this band once  was! Even outselling the Beatles in Europe ’67 (record sales)
The Mac evolved through many line ups; from the Green, Kirwan, Spencer band to Spencer, Bob Welch , Bob Weston, to the current Buckingham, Nicks, McVie and Fleetwood; when one reflects back we can only think “This band on a good night was fabulous”!!
If you liked this review, buy me a cup of joe. (Suggested: $3 a shot or $7.5 for a double)
2013-07-08
Michael
Share